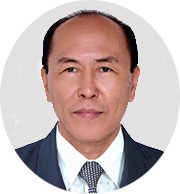 THE inter-agency task force coordinating the frontline agencies sent to contain the spread of the coronavirus disease (COVID-19) is a big help to the government’s recovering from its initial communication setbacks.

Watching on TV the task force led by Cabinet Secretary Karlo Nograles reporting on its activities and answering media questions, we felt that in time the team could blunt the coronavirus scare and even correct institutional deficiencies that have been discovered.

The crucial element in the administration’s information campaign on such sensitive issues as the COVID pandemic is public trust in the competence and good faith of government leaders.

In quick succession, President Duterte ordered on March 12 a 30-day lockdown of Metro Manila, expanded the “community quarantine” coverage on March 16 to include all of Luzon, then declared the entire country in a state of calamity for six months.

Duterte declared earlier a state of public health emergency throughout the country weeks after noting reports of local COVID cases.

His intensified moves leave many of us wondering what other draconian measures would follow – all in the name of combatting the deadly coronavirus sweeping the globe.

It was as if Duterte is making up for his costly delayed reaction to the public health emergency that broke out in December in Wuhan City in China and leap-frogged to other countries, including the Philippines.

The lockdown constricted the flow of goods and commuters, caused panic-buying, fueled a propaganda war, slowed down business, stampeded travelers to airports, sowed confusion over some government moves — but without reducing the uptick of COVID cases.

The restriction on movement of people was assailed as laborers, vendors and casual workers who depend on public transportation that had vanished failed to bring home their usual daily earnings.

While the poor experiencing COVID symptoms waited to be tested for the virus, officials and their family members even if asymptomatic were given priority in availing themselves of the limited test kits.

One Twitter item on the transportation ban was posted yesterday by Nikolo Baua (@Nikobaua), a reporter. His tweet with photos of Aling Carlota was one of several items on the lockdown that went viral:

“Meet 68-yer-old vendor Carlota. This morning she was forced to walk for 2 hours from Caloocan to Divisoria because there was no public transpo. She needed to buy veggies, so she can sell and earn. Otherwise, she earns nothing.

“She was alone carrying these two heavy bags of vegetables. I felt guilty that I wasn’t able to bring her home. Unfortunately I had a scheduled interview in City Hall which I couldn’t cancel. She’s just one of the many who had to walk today because they needed to earn.”

Other items on the same note:

On the need for “social distance” or avoiding overcrowding, a clearer explanation could have minimized criticism, especially after President Duterte himself said “community quarantine” really was a lockdown.

Since the virus is spread by people-to-people contact, limiting movements and distance between persons could prevent contamination. And since the virus has a life-cycle of only 14-21 days, preventing its easy transfer would see it die before infecting another body.

That explanation makes logical the “community quarantine” and the “social distance” measures that the government has been pushing, but many people may have missed that simple point or it was not made clear enough to them.

In his Proclamation 229, Duterte gave the national and local governments “ample latitude” to use public funds, including the Quick Response Fund, in their disaster preparations and response to the spread of COVID-19.

He also directed law enforcement agencies, with the support of the armed forces, to “undertake all necessary measures to ensure peace and order in affected areas.”

FOR the first time in its history, the Marian shrine at Lourdes in the French Pyrenees will remain closed for some time following measures taken by France to halt the spread of the coronavirus (COVID-19) contagion.

The closure of Lourdes, one of the favorite sites visited by Filipino pilgrims, many of them seeking miraculous cure for their ailments, has been announced by its rector, Monsignor Olivier Ribadeau Dumas.

France has increasingly adopted more and more measures as coronavirus continues to infect thousands across Europe and the rest of the world. After China, Italy has the highest number of deaths from the virus, and is on a nationwide lockdown.

The Vatican has taken various measures, and has closed St. Peter’s basilica and square to the public. Pope Francis has been streaming his Angelus and general audience, done privately, from his papal library.

At a time when public Masses have been cancelled for safety reasons throughout Italy, the Holy Father has been celebrating his morning Masses, normally with a small crowd but currently without, streamed on Vatican media to enable the faithful to participate.

There was a decree to close churches across Rome, but it was reversed the next day, after the Pope’s cautioning against taking “too drastic measures.” The decree was modified to permit pastors to discern and decide whether to open them or not.

Joy JustoMarikina
Read More
"Wala na kaming tiwala sa presidente at sa kanyang mga lider."
Joanna Fist@akazukinchan2x
Read More
NO! PAY OUR DOCTORS AND NURSES! THE NATIONAL GOVERNMENT HAS FAILED ON SO MANY LEVELS IN CONTAINING THIS VIRUS AND CARING FOR THE WELL-BEING OF ITS PEOPLE. you wasted money on the military galangin niyo ang mga medical frontliners natin.

Fil-Viet friendship in war and at sea

THE FRIENDSHIP between Vietnamese and Filipinos goes a long way, in war and at sea, their paths crossing at times as they struggle in their respective ways to find a more 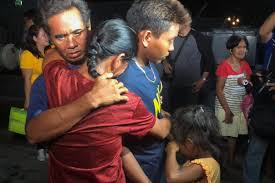 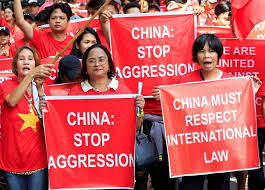 Has our President been compromised?

HAS President Duterte been compromised in the course of his dealings with the Chinese? There are just too many wide-awake Filipinos asking this disturbing 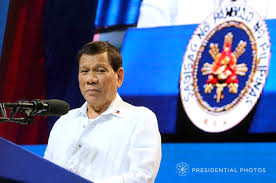 UPON “Order ni Misis,” the captain of the fishing boat that suspected Chinese militia sunk on June 9 in Philippine waters off Palawan snubbed a Malacañang meeting 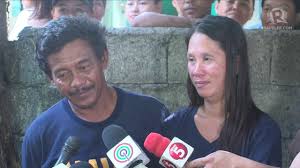 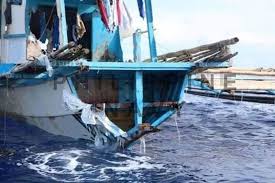 WHO said Physical Distancing is the better term.

The VP must be fully informed and involved so in case the President is permanently unable to perform his duties, the VP would be ready to take over in smooth transition.

We understand your predicament and laud your dedicated services, but whoever planned the lockdown should have anticipated that critical problem of health workers.

Your email address will not be published.

University of the Philippines